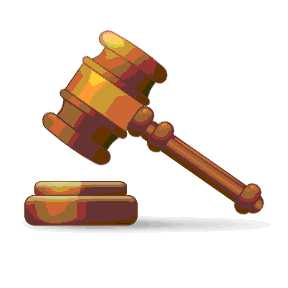 This case is an OPRA/OPMA lawsuit brought as part of NJFOG’s affirmative litigation initiative to better define the requirements under these laws, particularly the OPMA.

In July 2014, NJFOG wrote to the Board of Education’s Records Custodian to encourage compliance with OPRA following her inadequate response to a request for closed session minutes and resolutions then made by John Schmidt as a private citizen (Schmidt is currently a member of NJFOG’s board). Two years later, in July 2016, NJFOG again wrote the Board regarding the need for OPRA & OPMA compliance, alerting it to the Mercer County Court ruling in NJFOG v. Trenton Board of Ed.

NJFOG’s lawsuit claims that that records requested under OPRA must be made promptly available but were instead suppressed, that the closed session resolutions do not list with sufficient specificity the topics to be privately discussed, and that “adequate notice” of the meeting was not properly announced at the meeting or recorded in the minutes in line with OPMA requirement.

Via a May 4, 2017 Order, Judge Jacobson required NJFOG to enter mediation to settle our Meetings Act claims. Mediation was to proceed for an initial period of 45 days, but is ongoing as of Aug. 4, 2017.  A consent order proposed by NJFOG has been provided to the Board in an effort to settle the OPMA counts.  If mediation fails, NJFOG’s court brief is due to be filed on 9/25/17, and oral argument on the OPMA claims is scheduled for 11/8/17.

On Nov. 8, 2017, Judge Mary Jacobson held oral argument for NJFOG’s Meetings Act counts against the school board. NJFOG prevailed on all counts. Jacobson ruled that the school board violated OPMA, but she did not grant injunctive relief because the school board submitted documents demonstrating that it has changed its practices. The order will be available a fews days following the ruling.

Complaint, order to show cause, letter brief, and form of order (as filed, prior to assignment of docket no.):
https://drive.google.com/file/d/0B62zIy-MpCRoZjJhcVVWVEtKSGM/view?usp=sharing

Order to Show Cause, signed by Judge
https://drive.google.com/file/d/0B62zIy-MpCRoUHE3ZTVkdHp1V1E/view?usp=sharing

None at this time.

See other NJFOG cases on our website Litigation Page.