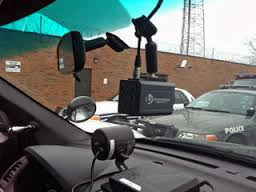 “Jeter’s lawyer sought the second dash camera video through an Open Public Records Act request… Based on the newly discovered video, the prosecutor’s office dismissed the charges against Jeter and opened an investigation into the officers that resulted in an Essex County grand jury returning an indictment against the officers in January of 2014.” -from the article

NJFOG supports making dash-cam video records open to the public; under current case law, such videos are not subject to OPRA if they relate to a criminal investigation. -NJFOG

An Essex County jury has convicted two Bloomfield police officers of official misconduct and related charges in connection with a 2012 arrest on the Garden State Parkway.

The charges are the result of a five-week trial in Essex County Superior Court.

A third police officer, Albert Sutterlin, involved in the incident pled guilty on Oct. 17, 2013 to falsifying and tampering with records -fourth degree offenses. He resigned from the police department and awaits sentencing.

The case evolved from police dashboard camera videos, allegedly showing officers breaking the driver’s side window of Bloomfield resident Marcus Jeter’s vehicle and dragging him from the car. The Essex County Prosecutor’s Office dismissed the charges against Jeter after a recording from police dashboard camera No. 4 surfaced in April 2013, bringing into question whether the suspect resisted arrest.