Many people who have sought public meeting minutes have heard the familiar refrain, “the minutes are not approved for release.” That would seem to imply that failure of a governing body to adopt a set of minutes could forever block their release, even for minutes of an open public meeting. The OPMA and OPRA laws were surely intended to provide for more transparency than that. -NJFOG

Back in 2006, the Government Records Council (GRC) decided a case called Parave-Fogg v. Lower Alloways Creek Township, Case No. 2006-51, which established the unfortunate precedent that public meeting minutes remain exempt as “inter-agency, intra-agency advisory, consultative, or deliberative material” until they are approved by the public body. Parave-Fogg is routinely used by records custodians across the state to deny access to yet-to-be-approved public meeting minutes. It is especially onerous in cases where governing bodies delay their approval of meeting minutes for months or even years.

A lawsuit filed last month, John Paff v. Township of Moorestown, Docket No. BUR-L-340-16, argues that the GRC “egregiously erred” in Parave-Fogg because public meeting minutes are not “deliberative” because they do not contain pre-decisional opinions, recommendations or advice about Township operations. Rather, meeting minutes are simply a summary of public discussion which cannot logically be privileged because everything contained in meeting minutes was already publicly discussed.

At issue in the suit are the minutes of the October 19, 2012 public meeting of the Moorestown Ethical Standards Board. Since the Board has not met since 2012, it never had an opportunity to approve the minutes of that meeting. When I requested a copy of the minutes on December 28, 2015, I was told that “there are no meeting minutes that have been approved.”

I am being represented in this suit by CJ Griffin of Hackensack. I hope that a positive decision in this lawsuit will undermine Parave-Fogg and eventually cause the GRC to abandon it.

Article available on John’s blog here and re-posted above.

OTHER ARTICLES RELATED TO THIS TOPIC: 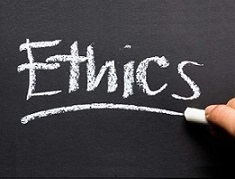 Should local ethics boards in N.J. be abolished?    – John Paff is quoted in this article RE his lawsuit against Moorestown for unapproved minutes from the 2012 Ethical Standards Board meeting. S342 is also discussed — the bill would amend the Local Government Ethics Law to, among other things, increase maximum fines for ethics violations from $500 to $10,000, transfer enforcement from the Local Finance Board to the State Ethics Commission and abolish all county and local ethics boards.
Philly.com
by Jan Hefler
March 14, 2016